Greetings from Barga, Italy! For the past several weeks I have been serving at the Community’s outreach in Tuscany, and learning about Italian food in the process. During the holidays I made one of my most favorite Italian dishes: arancini. You would be hard pressed not to find comfort in these creamy risotto balls stuffed with cheese, aside from the fact they are also breaded and deep fried…mama mia.

As with most things I’ve encountered in Italy, this dish brings a centuries-long history to the table, dating back to 10th-century Sicily. While arancini has undergone some modern interpretation over the centuries, it remains a delicious treat. Buon appetito! The change of season is such a lovely time. The air is crisp, the trees are turning brilliant shades of reds and orange, leaves are piling on the ground, and pumpkins greet us on every doorstep. Walking through our community, and seeing these sights, I am inspired to pull these all into one big pot of wonderfulness. The magic that greets you when a delicious bowl of steaming soup appears in front of you is one of community and love. Print Recipe
Votes: 2
Rating: 5
You:
Rate this recipe!
Multiple Reasons to Grill
I just love the summer evenings, not only the beautiful sunsets on Cape Cod but also the wonderful aromas being created by all of the grills cooking up wonderful dinners in our neighborhood. I often cook an entire dinner on a grill just to keep the heat down in our house and the dirty dishes out of the kitchen. The other evening, we celebrated one of our Sisters' 40th Birthday and she asked for swordfish since it was such a special celebration. This is one of my favorite swordfish recipes, I think you’ll love it too. Since St. Lucia’s Day (or St. Lucy’s Day) is just around the corner on December 13th, we thought we’d share this special Swedish bread with you – fantastic for the Holidays. The celebration of the day comes from stories that were told by Monks who first brought Christianity to Sweden. “St Lucia was a young Christian girl who was martyred, killed for her faith, in 304. The most common story told about St Lucia is that she would secretly bring food to the persecuted Christians in Rome, who lived in hiding in the catacombs under the city. She would wear candles on her head, so she had both her hands free to carry things. Lucy means ‘light’ so this is a very appropriate name.” (see note below**)

December 13th was also the Winter Solstice, the shortest day of the year, in the old ‘Julian’ Calendar and a pagan festival of lights in Sweden was turned into St. Lucia’s Day. It is now celebrated by a girl dressing in a white dress with a red sash around her waist and a crown of candles on her head. Thus, the wreath of bread dotted with candied “berries.” If you’d like you can also add small candles to the cake as well for a more festive look. Recently, I had the privilege and gift of studying for a week in the Essentials of Pastry Arts at the International Culinary Center in New York City. Once known as the French Culinary Center, ICC has some of the most renowned pastry chefs in the United States – such as Jacques Pepin and Jacques Torres. Their alumni are some of the most noteworthy in the food and hospitality industry. It was a week of intense learning as well as exploring an area of personal inadequacy. Give me a savory dish over a fancy rolled fondant cake anytime! But, little did I know what a week of good, concentrated study could do to boost my confidence. Leaning into our insufficiency can sometimes prove “sweet” results. Print Recipe
Votes: 0
Rating: 0
You:
Rate this recipe!
Decadent Chocolate Cupcakes
Tip - use a digital scale to weigh these ingredients and always be sure to "tare" your scale after putting your mixing bowl on it; that is, reset the scale to "0" before you start measuring ingredients 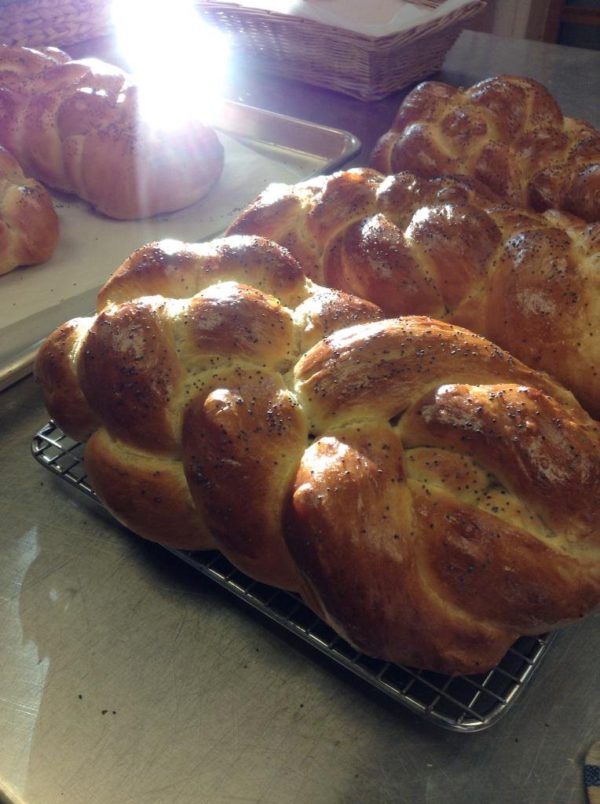